Royal DSM, the global Life Sciences and Materials Sciences company, and the French starch and starch derivatives company Roquette Frères today announce that they will build a commercial scale plant for the production of bio-based succinic acid, the first non-fossil feedstock derived chemical building block that allows customers in the chemical industry to choose a bio-based alternative with a lower eco-footprint for a broad range of applications, from packaging to footwear.

With a capacity of about 10 kilotons per year, the plant will be Europe’s largest bio-based succinic acid facility. It is expected to come on stream in H2 2012 and will be built on the premises of Roquette in Cassano Spinola (Italy). Financial details of the investment will not be disclosed.

The commercial scale bio-based succinic acid plant is another important step in the successful cooperation between DSM and Roquette that started in 2008. Early 2010 DSM and Roquette opened a demonstration plant in Lestrem (France), which has been running at full capacity. In 2010 DSM and Roquette also announced their intention to establish a joint venture (which will be carrying out business under the name Reverdia) for their cooperation, subject to regulatory approval.

The initial feedback from the market is very encouraging and proves that DSM and Roquette’s choice to invest in bio-renewable alternatives for fossil feedstocks by using biotechnological routes is starting to pay off. In case the market develops as DSM and Roquette expect an even larger facility will be considered in the future.

Rob van Leen, Chief Innovation Officer of DSM, commented: “The time is right to capitalize on the tremendous progress we have made together with Roquette in the last two years. Our proprietary yeast-based fermentation process not only allows cost effective production; it also eliminates salt waste and other by-products and thus improves the overall eco-footprint of end-products. This bio-based chemical building block is a substitute for various fossil feedstock derived monomers and proves that the bio-based economy is no longer a distant prospect.”

To optimally combine its competences in Life Sciences and Materials Sciences, DSM has set up Emerging Business Areas, including DSM Bio-based Products Services and DSM Biomedical, for which ambitious growth perspectives have been defined including an aspiration to achieve more than € 1 billion in sales in 2020.

Jean-Bernard Leleu, Deputy CEO and RID Director of Roquette, commented: “We are very encouraged with the development efforts in several new applications and are receiving favorable feedback from customers who have sampled ton quantities from our demonstration plant in Lestrem. The new plant in Italy will allow customers in Europe, North America and Asia to make larger volume commitments to their customers.”

The new commercial production facility in Italy will be producing fermentation based bio-succinic acid. The proprietary yeast-based fermentation process, which operates at a much lower pH than competing processes, allows succinic acid to be produced with a significantly higher energy efficiency compared to the traditional method. It is also one of the first bio-based processes that sequesters carbon dioxide in the production process.

The new production facility will for the time being use starch derivatives as feedstock. In the longer term the aspiration is to switch to second generation feedstock (cellulosic biomass).

Roquette – Offering the best of nature(TM)
Roquette, one of the world’s leaders in biorefinery, derives over 700 products from six million tons of maize, wheat, peas and potatoes, and adds outstanding value to over 550,000 hectares of agricultural output. Roquette has annual sales of more than EUR 2.3 billion and employs some 6,400 people worldwide. Roquette is a private family business dedicated to long-term development in the fields of nutrition and health and plant-based chemistry. Roquette serves customers all over the world in the human nutrition, animal nutrition, pharmaceuticals/cosmetics, paper/corrugated cardboard,  and chemicals/bioindustry sectors. The company is headquartered in Lestrem (France). Roquette Italia, located at Cassano Spinola (Alessandria province), is one of the Roquette Centres of expertise for fermentative products like gluconic acid. Roquette Italia has annual sales of more than EUR 350 Million and employs some 460 people. More information:  www.roquette.com . 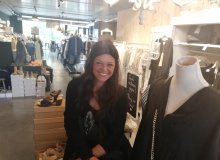 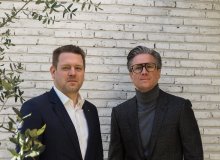 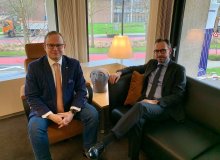 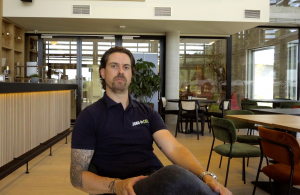 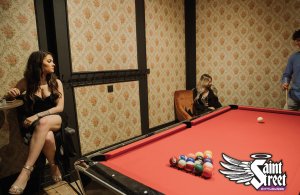